The history of "Stolichnaya trading company" LLC began in June 2004. It started with the idea of forming a new standard of high-quality gastronomes at the Russian market, since it was ready to accept such a format, yet the offer was very limited. 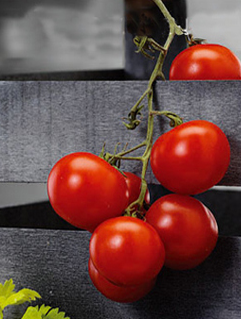 To offer our clients the best and fresh foods that is the aim of "Stolichnaya Trading Company". Could it be any other way?

The first public appearance of the company took place in October of the same year, when the company took part in opening of the first Fauchone store in Russia, exactly a year later the "Globus Gourmet" project started. On June 23rd 2005 the first store opened in "Gimeney" mall at Bolshaya Yakimanka street.

On November 30th 2005 the second gastronome opened at Novy Arbat street in "Vesna" mall, it complied with the highest requirements of the concept, although , it had its outstanding design aspects, as each following gastronome.

In spring 2006 the first part of "Zhukovka Gourmet Gastronome" was started, located at the famous Rublevo-Uspenskoe highway in "Zhukovka Plaza" mall. The shop was opened on April 30th, and on July 7th the official opening of "Zhukovka Gourmet Bazar" took place. This unique project corresponds to the highest demands and unique tastes of its residents.

At the end of summer 2006 "STK" LLC expanded to the regions. On August 17th the first "Globus Gourmet" in Saint-Petersburg opened its doors in "Svetlanovsky" mall, and on September 14th the second shop in Saint-Petersburg opened its doors in "Varshavsky Express" mall. The same year "Globus Gourmet" was awarded the "laurel" prize — one of the most prestigious awards among restaurants.

Throughout the year 2007 new gastronomes opened its doors — at Pokrovka street and Leningradskoe highway and "Vremena Goda" galleries located at Kutuzovsky prospect, and also in Barviha Luxury Village.

On December 5th 2013 «Globus Gourmet» was opened at Novaya Riga.

In 2016 was opened Globus Gourmet Express in Sheremetievo Airport.

On February 14th 2019 «Globus Gourmet» was opened at St. Petersburg on Konyushennaya Square.

On March 5th 2019 «Globus Gourmet» was opened at Smolensky Passage.